What is Rust Converter exactly?

Eastwood's Rust Converter is a unique acidic paint that actually converts rust into an inert iron oxide. You can watch it work: from its original color, it will gradually turn blue/black as it stabilizes rust. The perfect first step in sealing your rusty metal surfaces. 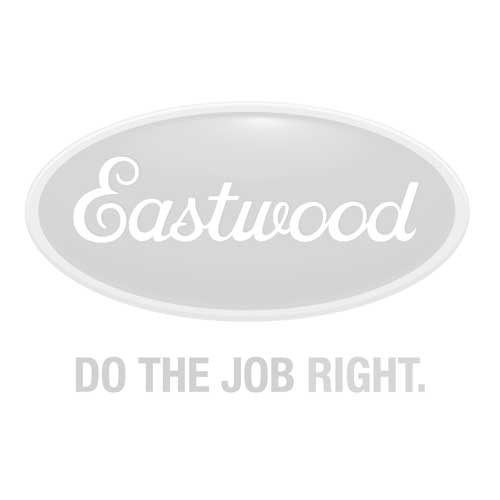 How do I ensure my project is fully protected from rust?

Get the ultimate in corrosion protection with an easy 3-step process:

Rust Converter is compatible with most polyester body fillers, and is water-based for extra safety as compared to solvent-based coatings. One quart of Rust Converter will cover about 50 square feet.

What makes Eastwood Rust Converter better than others?

The Rust Converter provides an excellent, tough, durable, and chemically stable base to be applied under Rust Encapsulator for the ultimate corrosion protection. This double-coat technique both actively converts and encapsulates the surface for the most durable protection, while promoting excellent topcoat adhesion. Additionally, Eastwood Rust Converter is the best base prep to address rust on internal surfaces uncovered during panel replacement. Being water-based, it's safer to weld near than solvent-based coatings.

What is the difference between Rust Encapsulator and Converter?

Rust Encapsulator is very effective at penetrating through firmly adhering rust down to the base metal, and it forms a nice base for additional coats. The availability of a wide range of colors in both aerosol and quart cans makes this ideal for many applications. Its ability to fill minor surface irregularities minimizes the need for additional primers, and speeds prep for topcoats.

Eastwood Rust Converter, on the other hand, is an two-part acidic paint that converts rust on steel and iron to an inert blue/black iron oxide. It transitions from its original color to a bluish black as it does its job of converting the surface. It forms a thin coating that requires additional primers to seal and level the surface.